Signing of Memorandum of Understanding between FCBA and VTT

Institute of Technology FCBA and VTT Technical Research Centre of Finland have signed a Memorandum of Understanding with the aim to strengthen research cooperation and exchange of ideas between the two institutes in the field of circular bioeconomy.

While FCBA and VTT have been working together for a number of years, notably by joint participation in European research projects such as WoodCircus, the memorandum further strengthens the cooperation. « We’re here today because we believe in Europe », pronounced Jussi Manninen, Executive Vice President of VTT, before signing the memorandum. FCBA General Director Christophe Mathieu echoed the importance of believing in joint European endeavours and in bioeconomy principles and, with the Finnish Presidency of the European Union, highlighted the French-Finnish cooperation as an engine for developing sustainable approach in Europe.

The memorandum was signed on the occasion of the French-Finnish bilateral workshop « Circular Bioeconomy in Finland and France: a tool for innovation based growth and well-being », organized in cooperation by FCBA and VTT on July 10th in Helsinki, Finland. The workshop was an official side-event of a high-level conference connected with the Finnish Presidency of the European Union. The French Ministry of Agriculture was represented by Mrs Clémence Meyruey, Deputy head of the Bioeconomy Office, and Mrs Claire Morlot, European Affairs Adviser, whereas Dr Jaana Husu-Kallio participated to the workshop as the representative of the Finnish Ministry of Agriculture and Forestry.

To learn more about the French-Finnish workshop, consult the programme. 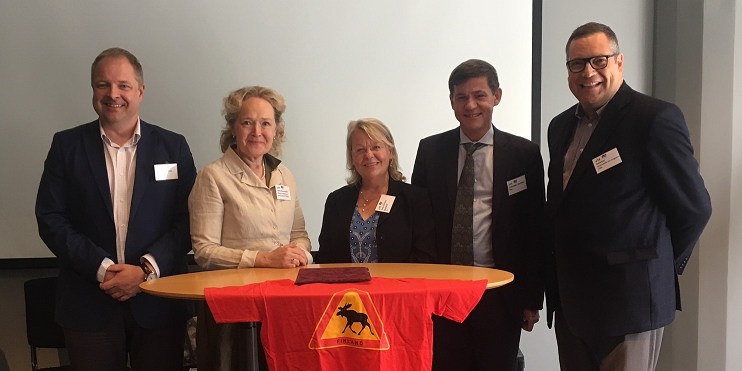